Art of Acoustics
​
by The New acoustic collective 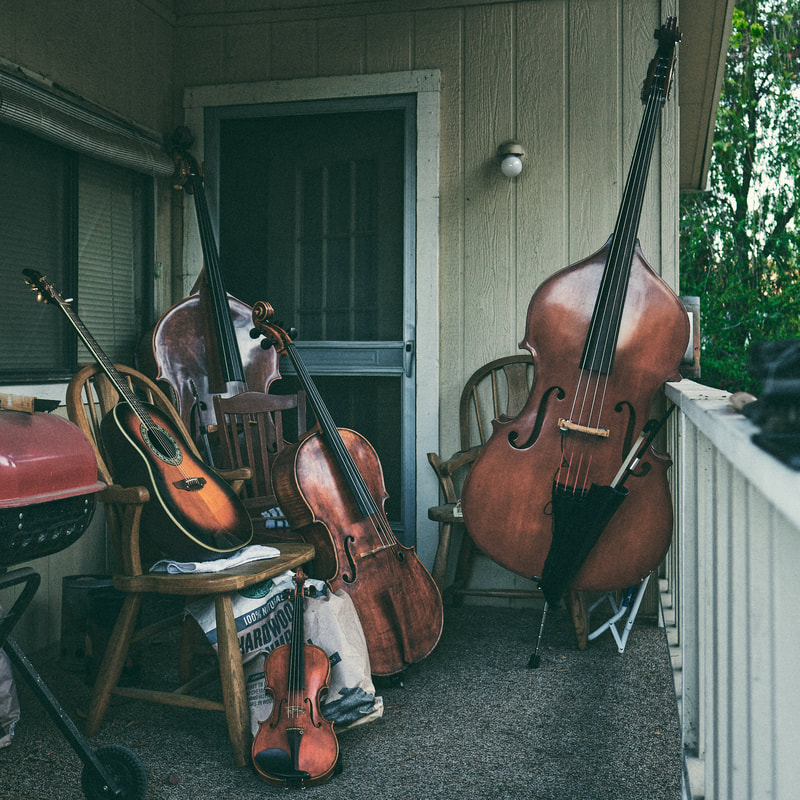 "Art of Acoustics" by The New Acoustic Collective
​ 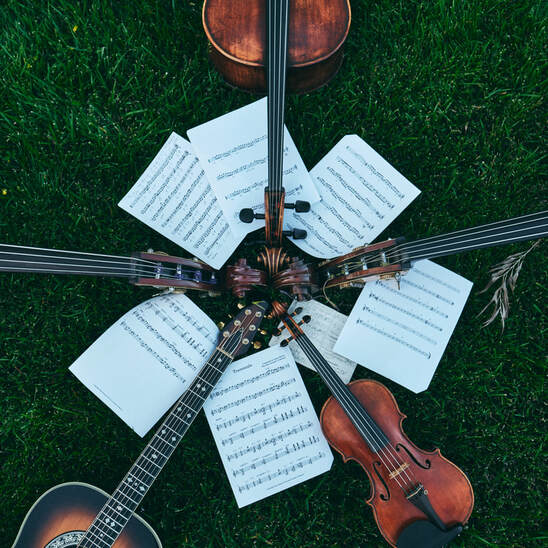 “I’ve always dug Wyatt’s playing and his spirit and he doesn’t disappoint on this recording. Great tune and wonderful playing. Congratulations on a beautiful piece artfully executed!”

“It's great to see younger musicians coming up playing this style. This kind of music has aspiration and progress built into it. It's a path that has a heart. Play on, guys!”

"An adventurous, joyful project, capturing the spirit of the original David Grisman and Tony Rice recordings that were such an epiphany to so many string players. A wonderfully crafted tribute by a stellar ensemble. It’s gratifying to know that the art (and future) of New Acoustic music is in such capable hands!"

“The New Acoustic Collective’s new album 'Art of Acoustics' showcases both their superb musicianship, and their deep understanding of the acoustic jazz genre, known as New Acoustic Music. You’ll find some old favorites, and many new tunes that are sure to become favorites as soon as you hear them! If you like the music of Grisman and Rice, you will definitely like 'Art of Acoustics'. Buy a copy today, and you’ll be glad you did’’

"I’m very happy to hear The New Acoustic Collective keeping the spirit of creative acoustic string band music alive. I especially like “Jazzology”, with the bass and violin sharing the melody, and then it’s bluegrassy bridge.”
John Reischman

“It was a pleasure to attend college with Jason at East Tennessee State University and it has been great to see him take his music to new levels. The material on the New Acoustic Collective’s recent release ranges from original compositions (“Grapejelly” and “Back in California” stand out to me) and tasteful arrangements of classics, and it is sure to please!”
Max Etling
Professional Bassist
Seth Mulder & Midnight Run

“Recently I had the opportunity to listen to the latest project of the New Acoustic Collective. I was pleased at what I heard. Jason, the founder and leader of the group, has taken a turn to orchestrating the group and delving further into jazz improv with extended solo space for all the players. I’m glad to see and hear this because there are so many inventive young players on the scene today, and they need to grow this music. I don’t believe the traditions of bluegrass will suffer as a result. There is tradition all through this project. I'm sure there was a push back when David Grisman first appeared with Dawg Music. When I was a young player and had opportunities to play with local and regional bluegrass players, I was often treated coolly because of my jazz, classical, and r&b background. I wasn’t the real deal. The folks in the New Music Collective are the real deal, as is the movement to evolve acoustic music... The arrangements on this album are fresh, creative, imaginative, and good, and I highly encourage you to give it a listen!” 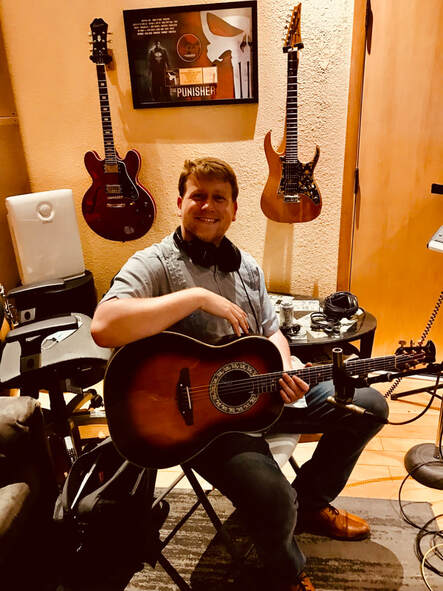 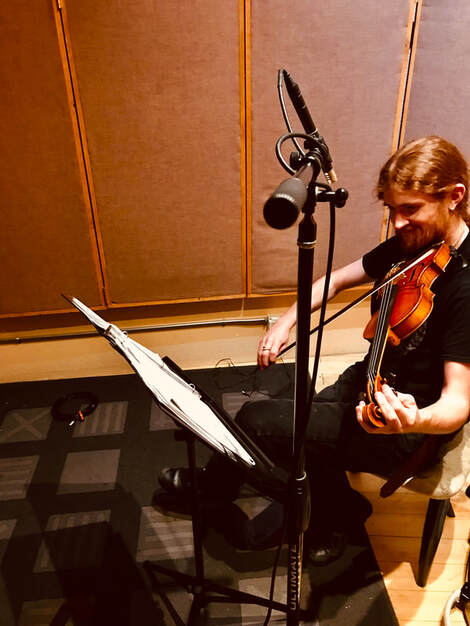 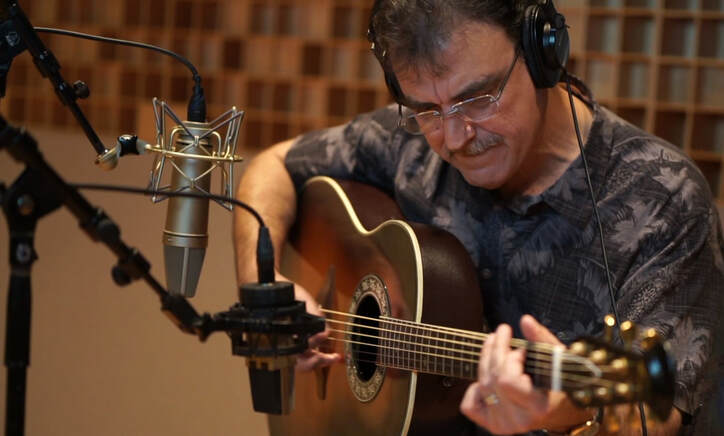 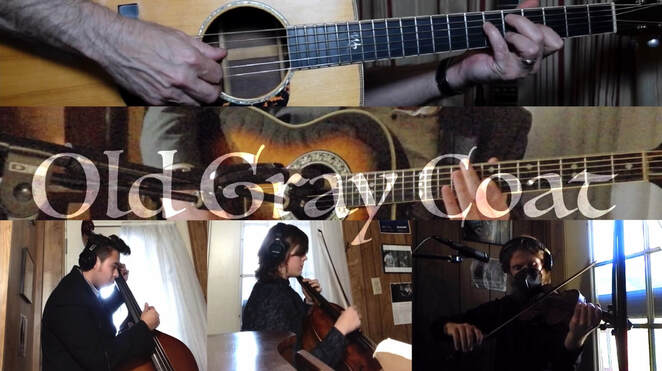 Thanks to Steve Glaze of Tone Freq. Recording Studios for your diligence in mixing and mastering throughout this lengthy project! Thanks to Wyatt Rice, my mentor and a dear friend. His playing, professionalism, and energy inspires us all and it was an honor for each of us to work with and feature Wyatt and The NAC in a modern SpaceGrass collaboration. Thanks to Music in Place for giving The NAC the opportunity to record “Old Gray Coat'' and permit us to include it on our album. Thanks to Bill Wolf for taking the time out of your busy schedule to listen to and write the liner notes for our album, it's an honor. Thanks to David Grisman and Tony Rice, who set the standard for what New Acoustic, Dawg, & SpaceGrass music was/is and could be. Thanks to Stephane Grappelli, John Coltrane and The Classic Quartet, The David Grisman Quintet, Jerry “Flux” Douglas, The Tony Rice Unit, Strunz & Farah, Paco de Lucia and Camaron de la Isla, and so many more for the inspiration to create, improvise, and fuse so many different styles! Thanks to all our fans, supporters, listeners, and donors for continuing to support and believe in what we do! Thanks to all the families, loved ones, friends, colleagues, and mentors that have supported what we all do, from inception to creation!

Special thanks to the members of The New Acoustic Collective! Without each of them, this music could have never happened and they each bring a special energy and uniqueness to the music that cannot be replicated nor created by anyone else. For all this and more, I am forever grateful!

​    In late 1978, Tony Rice released the album “Acoustics”, which expanded his contribution to the New Acoustic Music canon. His style was to be called “SpaceGrass” (also the name of his 1970 Dodge Challenger). He went on to form and then tour and record with The Tony Rice Unit (TRU). By 1980 TRU had 2 more credited releases: Manzanita and Mar West. These 3 records had the participation of some of the finest acoustic musicians on the planet: Sam Bush, Ricky Skaggs, Jerry “Flux” Douglas, Richard Greene and Mike Marshall (as well as Todd and Darol from the original DGQ record). Later in the 1980s the Unit would include at various times John Reischman, Fred Carpenter, Wyatt Rice (Tony’s brother), Jimmy Gaudreau, Rickie Simpkins and Ronnie Simpkins. The TRU with Tony, Wyatt, Jimmy, Rickie and Ronnie would perform live many times and released (in 2000) the album “Unit of Measure”.
​
The DGQ and TRU broke the barriers between the most common acoustic musics (bluegrass, folk) and jazz, pop, rock, classical, latin and flamenco, klezmer, gypsy, country and world music. Their influence was/is profound and lasting.

With the release of their first full length album, “Art of Acoustics”, The NAC delivers nine new recordings. Six are Jason Keiser compositions, one from David Boyden, one from Darol Anger. Also included is the Tony Rice composition “Old Gray Coat”, featuring Wyatt Rice on guitar. Jason has studied guitar with Wyatt and considers him a mentor.

The album is a journey in space and time. The first movement of Jason Keiser’s “Back in California” (00:00-00:47) untethers us from gravity in preparation for the adventure. The first sensation of acceleration is a clear reference to Dawg’s innovation tied by a brief pause to a touch of SpaceGrass, some classical organization and back to Dawg. Latin rhythm and harmony set us up for the first improvisation section. It’s the double bass taking the first break. The NAC is perhaps unique in the improvisation opportunities it provides for double bass. DGQ and TRU always had places for their bass players to solo, but The NAC has the double bass as a full member of the improvisation team. “Back in California” boasts both pizzicato and arco bass solos. At 04:23 the guitar continues the Latin feel with obvious Flamenco reference. Jason then solos over a hypnotic rhythm established by the double bass. Cello and arco bass trade through a solo section culminating in a series of unison lines which brings us back to the early Dawg. All this in just the first tune.

“Howies Breakdown” takes us through the early part of our continuum trip with a steady SpaceGrassy bounce. Solos by fiddle, cello, pizz bass, and guitar (with some dexterous octave work) keep the energy high. The occasional G-run can’t help but bring a smile.

“Key Signator”, composed by Darol Anger, is a live performance staple of the group. It showcases David Boyden on fiddle. His soulful statement of the melody leads to a solo with some smoothly integrated cross-bow licks. Then Jason treats us to a staccato style solo that starts out with a plucked fiddle quality. This is followed by a pizz bass solo over chugging fiddle backup. Then David restates the melody for the final head, accompanied by some fills from Jason.

Next, “Bog Mummy Takes the Wheel”. Whatever Bog Mummy is, it has definitely taken the wheel. With time changes reminiscent of 20th Century Classical and jazz compositions, composer David Boyden subjects us to a kind of musical whiplash that is both exciting and mesmerizing. Time compressing and expanding seamlessly, our journey takes a relativistic turn only to bring us back to familiar territory.

Who better to kick off Tony Rice’s “Old Gray Coat” than Tony’s younger brother, Wyatt? Only Wyatt could bring back his brother’s full, rich tone for us to enjoy again (“Old Gray Coat” was first released on “Acoustics”). This version features solos from Wyatt, David, Jason and Alonso (double bass). Jason’s use of alternative scales would get a smile from Tony.

Jason’s “Grapejelly” accelerates us out of the solar system with some Gypsy Jazz. The song’s title is a pun on Grappelli (Stephane), the great 20th Century jazz violinist and founder of the Quintette du Hot Club de France with Django Reinhardt. This tune gives The NAC soloists a chance to demonstrate their dexterity and some nimble cello work is a pleasant surprise midway through.

“Tranescale” is a relaxing tune moving us out into deep space. Influenced by John Coltrane’s modal period and Artie Traum’s “Fishscale” (recorded on the original DGQ album) this composition from Jason also features a turn-around inspired by tenor saxophonist Joe Henderson. The NAC gives the 5/4 time signature a lilting, transparent feel, vibrating us through consciousness at every turn-around. Infinite possibilities become natural and expected.

“Jazzology'' begins with a moment of free-floating weightlessness then cycles through two contrasting sections. First is a syncopated jazzy section over an E pedal. The melody is stated by the pizz double bass which morphs seamlessly into Jason’s guitar. The next section is a classic bluegrass rhythm (with SpaceGrass influence) in the key of G. These contrasting A and B sections present a challenge to the NAC soloists, who handle it effortlessly. Compositionally, Jason cleverly connects the repeated A sections, the A sections to the B sections, and the B back to the A with the same chord series (B, C, B, C, B), bringing continuity to the different styles.

As its title suggests, “For Flux” pays respect to dobro great Jerry Douglas. Jason’s slippery left hand mimics the dobro slide. The composition is influenced by two tunes from Flux: “Cave Bop” and “Pushed Too Far”. The melody is all Jason’s – a relaxing and swaying feel, even during the high intensity ensemble lines. The creative chord structure allows the soloists to work around multiple scales, amplifying the swaying emotional feel.

Like “Buckwild”, “Art of Acoustics” leaves us wanting more. Fortunately, this project – seven new compositions and two classics, performed by some of the finest young acoustic musicians – requires multiple listens to fully appreciate. Enjoy the journey. You can be sure there is a lot more to come from The New Acoustic Collective. 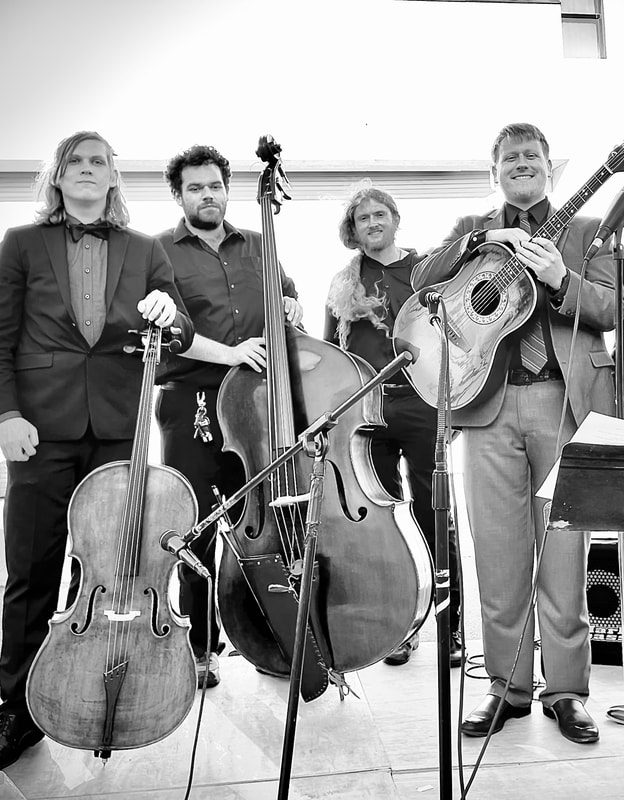